Many young people today enjoy spending time playing games, especially shooter games. These are the moments when you want to relax and forget about everyday life. But there is a much better way to do that, and that is for you and your friends to be the main actors. It is about airsoft, a sport that very quickly won the sympathy of many people around the world.

Airsoft “weapons” are faithful replicas of real weapons, they are equal in size, detail, and almost the same weight. The essence of the mechanism of airsoft equipment is that a small amount of air ejects a plastic ball (BB – much less dangerous than conventional air rifles). In other words, airsoft is an improved version of paintball that is much more like reality. Today, this is one of my favorite activities when it comes to hanging out with friends or team building. Airsoft equipment manufacturers offer replicas of almost all known rifles and pistols (and more well-known versions of SF equipment from movies can be found) that can be upgraded with additional equipment such as optics, lights, lasers, lamps. All this makes the game itself more credible and closer to reality.

Keeping in mind that airsoft equipment is not cheap at all and that it is a credible replica of a real weapon, proper maintenance is important. Weapons are cleaned, lubricated, and maintained for several reasons, primarily to preserve the value, precision, and safety of the weapon itself. Airsoft weapons should not be lubricated with real rifle oil. Although it will not have any effect on the metal parts of the rifle, the more sensitive plastic parts can be very damaged (this means the interior).

Use silicone sprays for the inside and outside of the weapon. They are specially adapted to plastic parts and will not damage them.

No – Using oil for real weapons

Note that airsoft weapons are made of plastic and metal. They may not be visible, but the inner parts are mostly plastic. Weapon cleaning oil is very strong and can damage the bream.

Then when the rifle needs to unscrew or twist something, use a quality tool. It has happened to many people that they have inadvertently damaged screws/hexes, as well as weapons.

No – Keep weapons out of the protective case

It is always advisable to keep the weapon in protective cases to avoid damage.

Yes – Take care of your equipment!

Get well acquainted with your equipment, its limitations, and advantages. Pay attention to your plate carrier (tactical vest / warbealt/combat belt), ie whether it is tight enough, whether all the buckles are in place and whether the molle is properly adjusted.

No – Playing without adequate equipment is dangerous

To begin with, you will need weapons (rifle or pistol), a battery, a battery charger, ammunition, and goggles, without which you should never be able to attend the game. Even when you are hit and the game is over for you, the rule is to wear them until you leave the battlefield. Other equipment is optional. In principle, everyone wears what they feel comfortable in and what they can protect during the game. on softair.blog you can find everything you need to know about this game.

What are the types of fights?

All games and scenarios used in paintball are also suitable for airsoft. The government is of the opinion that airsoft is played exclusively on forest terrains, but all terrains are suitable, from open mil-sim to close combat on buildings.

There are two basic types of combat – Military Simulation (Mil-Sim) and arcade-style. Mil-Sim is usually played on larger surfaces and simulates reality and in this type of game, the team’s training comes to the fore. In principle, this struggle is a credible version of reality. On the other hand, we have an arcade-style that is represented on smaller terrains.

When can we play airsoft?

Whether it is hot, cold, rain, or snow outside, there are no obstacles to the fight. Moreover, many deliberately choose to play in difficult weather conditions in order to raise the game to a higher level.

How long does the game last?

The “war” can last for hours. It is important to devise a scenario that I want to occupy your attention. What significantly affects the duration of the game is the durability of the rifle battery. It is considered that for a good shooter it is necessary to have a battery of at least 1700 mAh, which is enough to shoot 2000 balls at room temperature, and about 1300 if the temperature outside is lower.

Rules of the game

The rules are that there are no rules. We’re kidding, of course. The rules of the game depend on the organizers and may vary. However, there are some that must be respected, and that is to shout loudly “hit” when it happens and to go to the marked place with the rifle raised on your shoulder without removing the protective mask and goggles from your face until you leave the battlefield. The biggest danger in airsoft (as well as in anything that has to do with weapons of any kind) is irresponsibility. airsoft weapons must be treated as if it is real.

Many think airsoft and paintball are the same. However, there are a few differences. In addition to weapons and bullets (in paintball bullets are color), there are many other differences in equipment and type of field. In addition, airsoft is considered a more realistic game.

As we can see, this is a great way to have fun with your friends. The best of all is that you can never be tired of this game because there are many variations, all you have to do is to be creative and create an exciting scenario for your group. If the organizer so determines, there may be moderators, but the meeting can be effectively held without them. 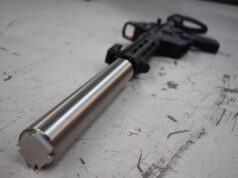 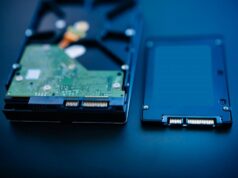 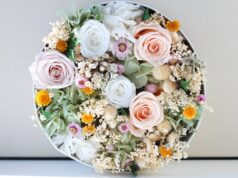 How to Care for your Preserved Flowers – 2021 Guide

If you have any suggestions and queries you can contact us on the below details. We will be very happy to hear from you.
Contact us: shntoffice[at]gmail.com

Smaller The Repairs, The Bigger The Savings

How to Remove Scratches From Marble Counter

Legal Reason Why You Should Not Drill A Hole In A...