Home Entertainment 5 Things You Need To Succeed In Poker 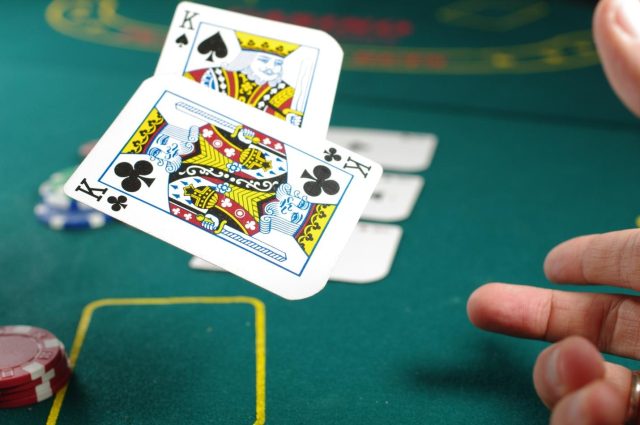 Studies have determined that while luck is a major component in poker, it’s ultimately skill that prevails. More specifically, a recent examination of skill and luck in poker determined that the game involves more than 50% luck. However, it also found that after 100 games, a poker player who is one standard deviation better than their opponent “is 75% more likely to have won more games.” In other words, any one game can be determined by luck –– but in a series of games, the more skilled player is likely to come out on top.

This is a fascinating finding, and it of course begs the question: What skill do you need to gain that advantage?

There is of course no one answer, nor is there a true end to the skill you can develop. Even the best players in the world have in recent years been busy studying game theory and analytics to try to gain new edges on their opponents. For the beginning player though, there are some fundamental things to know if you’re going to build a foundation for success in poker.

1. The Rules To Texas Hold’em

You can of course learn any or all of the different types of poker. But if you want the most opportunities to compete and improve, Texas Hold’em is the way to go. This is, by a wide margin, the most popular and prominent variety of the game. So, naturally, knowing the rules is critical to your success.

In Texas Hold’em, each player is dealt two cards face down, at which point they can decide whether to enter the hand (by betting a set minimum amount) or fold. After this round, the dealer lays out three community cards that every player can use to complete a five-card hand. Players can then make bets, call or raise those bets, or fold. The same occurs after a fourth community card is dealt, and then a fifth –– and then the remaining players show their hands. It’s simple, really, but understanding it inside and out will make you a quicker and savvier beginning player.

Like understanding the rules of Hold’em, this is a simple and fundamental step, but a critical one if you’re to build a foundation for success. For Hold’em and most other mainstream varieties, the poker hand rankings are as follows (in descending order): royal flush, straight flush, four of a kind, full house, flush, straight, three of a kind, two pair, pair, high card. These are the only sets of cards with value, and understanding them fluently will help you to learn what to look for in a game. You need to know at a moment’s notice if the straight you’re going for will top the three of a kind you suspect an opponent might have, and so on.

It is ultimately best to understand the probabilities of securing each hand as well (0.000154% for a royal flush on down to 49.9% for a pair). But that’s slightly more advanced.

3. The Value Of Starting Hands

In addition to learning the hand rankings, you should also get a feel for good and bad starting hands when playing Texas Hold’em. This way you’ll be less likely to be tricked into thinking you’re holding a strong hand simply because you have a given strong card.

For example, an ace or face card paired with a low number is considered to be a weak starting hand; there may be one strong card, but if the two cards have no connection (they’re not suited for instance), there’s not much value at play. Similarly, unmatched and unsuited low card –– say, a 4 and a 7 –– are also considered to be poor starters. Yes, you can look at them and imagine a straight. But if you understand weak starting hands (and the aforementioned probabilities), you’ll know that it’s still fairly unlikely to land a straight, and you’re ultimately holding two weak, unrelated cards.

4. How To Determine Pot Odds

This is a slightly more advanced skill –– but ultimately not as complex as it seems. Legendary pro Daniel Negreanu has described pot odds as the ratio between what’s in the pot and what you stand to win –– or the amount you might win for every dollar you commit in order to stay in a hand.

Calculating these odds is actually quite simple. You merely have to divide the bet you’re facing by the amount that will be in the pot if you’re in. So if $800 is in the pot already and someone bets another $100, the pot –– if you call the bet –– will be $1,000. Dividing the $100 you’re betting by that number, you get “pot odds” of 100/1000, or 10%. Another way to look at this is with a ration of 10/1 –– $10 to win for every $1 you bet. Understanding this math will help you to determine the general value of potential bets. And when you get somewhat more advanced and combine this knowledge with an ability to calculate your odds of winning a hand, you’ll be able to make mathematically advisable decisions each time (if your winning odds exceed the pot odds, you should usually bet; if not, it’s best to fold).

5. How To Stay Stable

Lastly, remember too that there are some more intangible skills that come in handy –– such as that of mastering the ability to remain emotionally stable. Studies have shown that proficiency in emotional regulation is a “consequential factor” in the financial success one has playing poker. In large part, this means being able to “keep cool” under pressure. But it also speaks to the importance of maintaining a level, strategic approach even when things are going particularly well or particularly poorly. Succumbing to emotional reactions associated with either outcome can cause you to abandon your strategies and reasoning.

As stated previously, there’s virtually no end to the skill you can pick up in poker, and these only represent a beginning. But if you can master these, you’ll be on your way toward a level at which you make better outcomes more likely.